Many rappers and hip-hop artists have worn their hair in braids over the years. As one of the best hairstyles for black men, braids are easy to wear with short and long hair, and offer a stylish look. From box braids to zig-zag cornrows to a fade haircut on the sides with braided hair on top, most black rappers have experimented with different styles.

Some of the most popular braided rappers include Snoop Dogg, Ludacris, ASAP Rocky, Xzibit, Ja Rule, Jim Jones, Pusha T, Coolio, Ice Cube, and Meek Mill. In recent times, some white rappers have even styled braids and cornrows in an attempt to look the part.

To inspire your style with the right artists, we’ve compiled a list of rappers with braids! 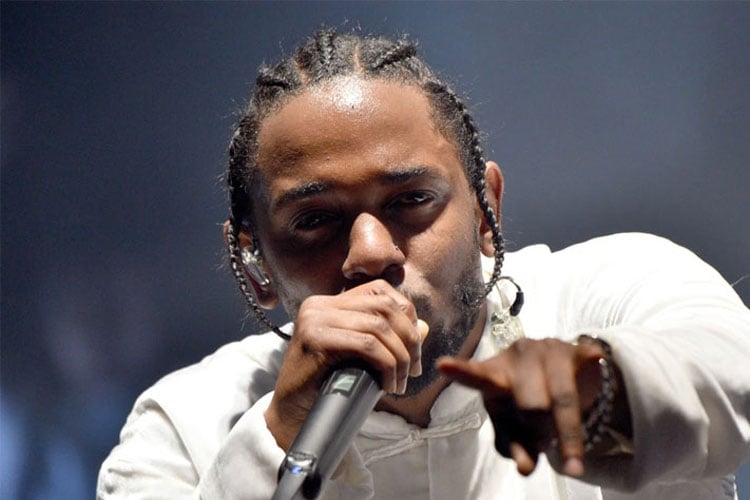 One of the biggest breakout stars of the 2010s, ASAP Rocky got his start in music young. He was rapping even before getting his GED, to some underground recognition. After that, he was noticed and championed by fellow artist Drake, leading to the release of his official debut album, Long.Live.A$AP, back in 2013. He’s been enjoying a lot of international success ever since as a solo musician, producer, and featured collaborator.

Where his hairstyle is concerned, ASAP Rocky is faithful to his braids. He styles them in various ways, often in a ponytail. The box braids give him an eccentric look, which we’re guessing is exactly what the rapper was going for. 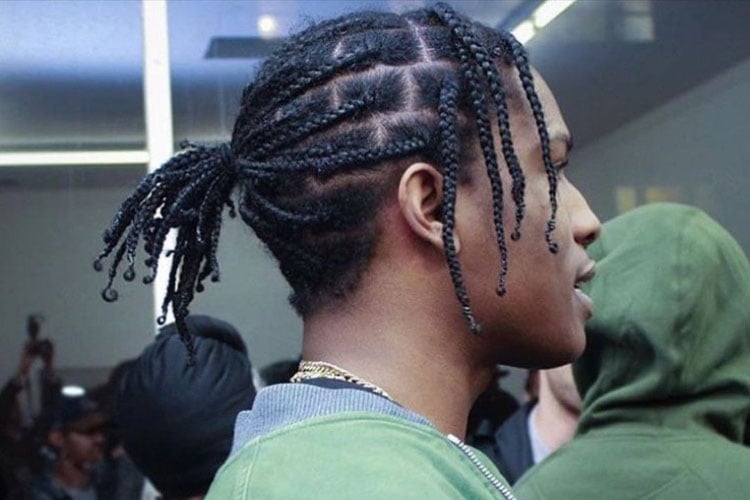 A more recent entry on the rap scene, Lil Yachty scored his first platinum single with One Night in 2016. Fast forward a couple of years and he was already a Grammy-nominated artist. The rapper is widely known for his upbeat style of music which he likes to describe as bubblegum rap.

The first thing you notice about Lil Yachty is his braids, dyed bright red and styled with beads. These red braids are not for everyone, but the look suits the rapper well. His music is all about the importance of staying positive and his hairstyle emphasizes that message, projecting an aesthetic that’s whimsical and fun. 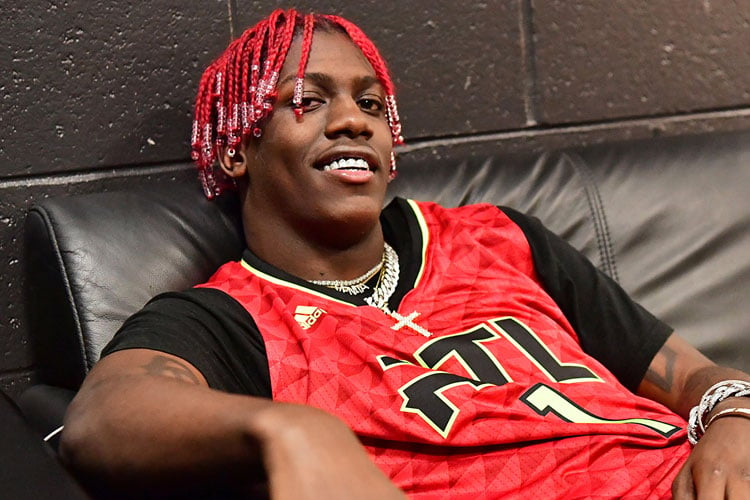 Travis Scott’s musical style is a mix of hip hop, lo-fi, and ambient. He got his first major-label deal in 2012 and released a debut album, Rodeo, three years later. Affiliated with Kanye West and T.I.’s labels, Scott quickly became a bona fide superstar with numerous platinum singles under his belt.

But besides churning out hits, Scott is also known for his top-notch sense of style. His braids have inspired millions of fans around the world. They’re effortlessly cool and easy to care for, making it the perfect hip-hop hairstyle.

From rapping to acting, Ludacris is a true renaissance man. The artist debuted in the late ‘90s and spent the 2000s scoring hit after hit, to the point where he became a household name and sought-after collaborator. As an actor, he is best known for appearing in The Fast and the Furious series, but he also had roles in other films like Crash and New Year’s Eve.

As the years went by, Ludacris’s hair underwent several changes, from a big Afro to a buzz cut to braids. The rapper’s cornrows will always be iconic because this braided style symbolized his signature look during the height of his success. 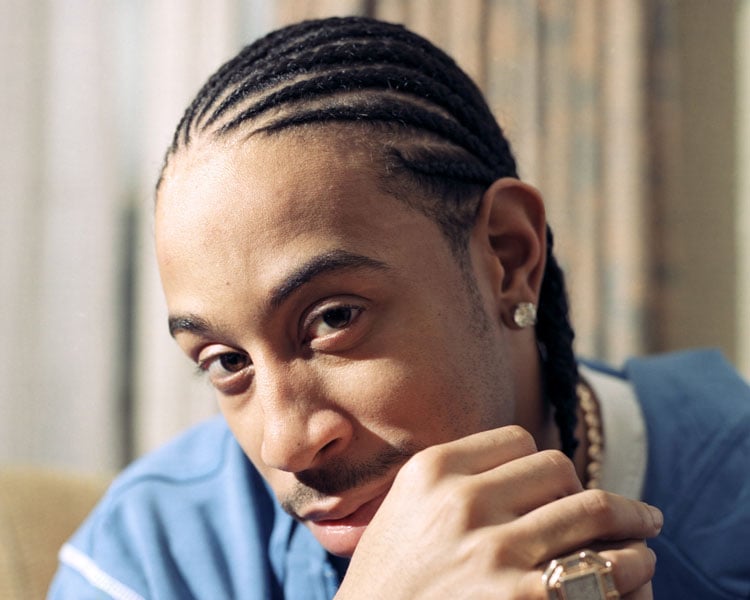 Snoop Dogg is one of the best rappers of all time and needs no introduction to most fans. Emerging in the early ’90s, the artist evolved beyond his hardcore gangsta rap beginnings to become a pop culture fixture. Whether he’s releasing a new song or starring in a fresh reality series, Snoop has always been eager to show fans a new, unexpected side of him.

Besides being a beloved media personality, Snoop Dogg has styled all the coolest black men’s hairstyles. While trying different cuts and styles, the rapper’s flawless cornrows remain his most iconic look yet. Throughout the years, Snoop’s braids have been his go-to style. We would go as far as to credit him for making cornrows mainstream. 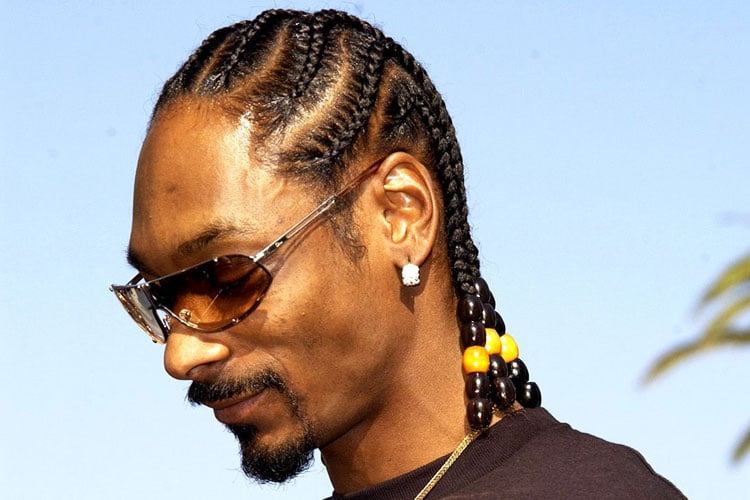 Xzibit started as an underground rapper before becoming a popular MC, actor, and TV host. Since 2013, he has been a part of the hip-hop group Serial Killers and takes on regular acting gigs, including TV shows such as Empire and movies such as Sun Dogs.

Another believer in the power of cornrows, Xzibit wore them for a long time during his early rapping days. If you’re eager to follow in his footsteps, you’ll be happy to know that cornrows allow you to freely express your creativity. Don’t be afraid to ask your barber to create unique patterns that will help you stand out from the crowd. 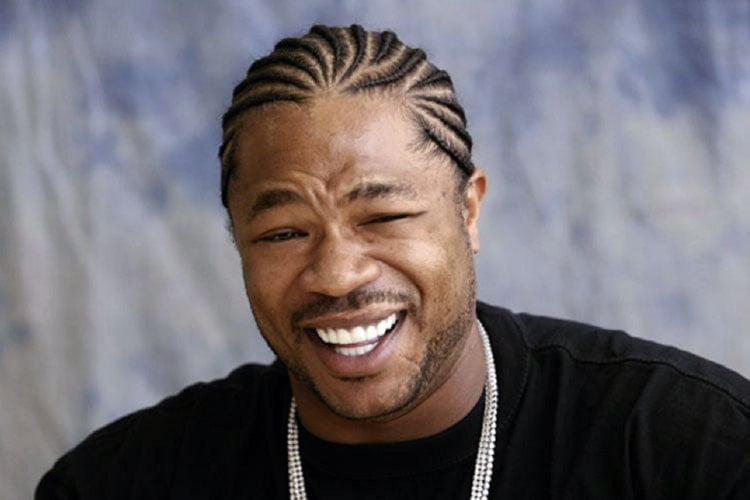 Coolio achieved mainstream success in the mid-to-late 1990s, being well-known for his Grammy Award-winning single Gangsta’s Paradise. The rapper has also become an accomplished chef, with his own cooking show, Cooking with Coolio. He likes to joke that he is the “ghetto Martha Stewart”.

As for his hairstyle, Coolio’s braids are best described as absolutely insane. Always sticking out and up, his braided hair is instantly recognizable. There was even a time the rapper would wear his braids in two pigtails. Fortunately, Coolio has the swagger to pull off this look with style. 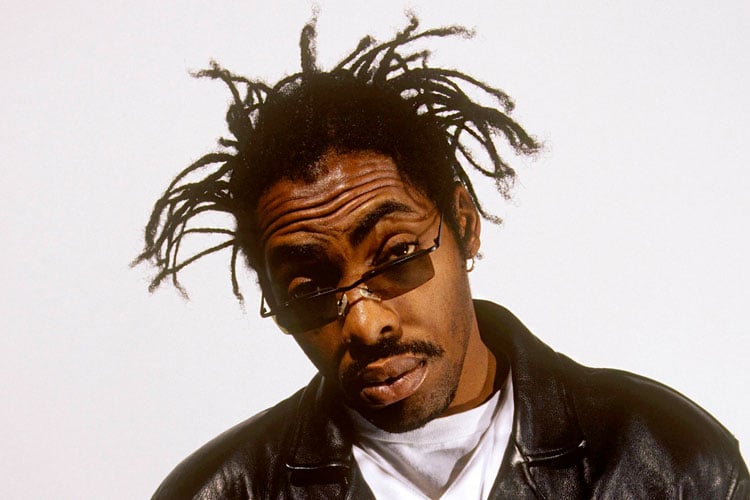 One of the most refreshing hip-hop talents in recent memory, Meek Mill embarked on his music career as a battle rapper and gained recognition thanks to a series of stunning mixtapes that chronicled his difficult upbringing. Once he released his debut album in 2012, he was already a big deal.

Mill is currently sporting a polished look, so you might not even know that the rapper wore braids throughout his childhood and mixtape days. Quite the contrast with the classic Caesar cut he adopted once gaining notoriety, his new haircut likely signals his newfound prestige. Nevertheless, Meek Mill’s cornrow braids continue to be a stylish hairstyle for men. 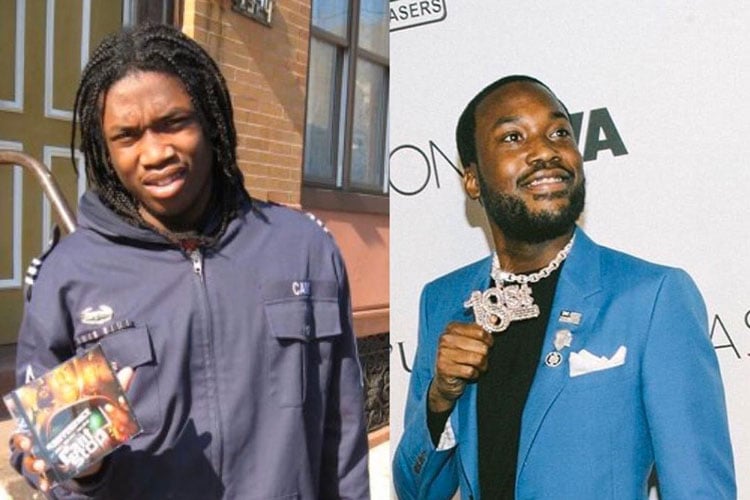 Speaking of crazy braids, enter the late Ol’ Dirty Bastard. One of the founding members of Wu-Tang Clan, he was responsible for some of the most influential hip-hop to come out in the ’90s. Unfortunately, he was also the loose cannon of the group and started to have numerous difficulties with the law soon after embarking on his solo career. It all culminated with his death due to an accidental drug overdose.

But while his personal life was troubled, his iconic spiked-up braids were always on point. The look might even work today as long as you have the dedication to maintain it. 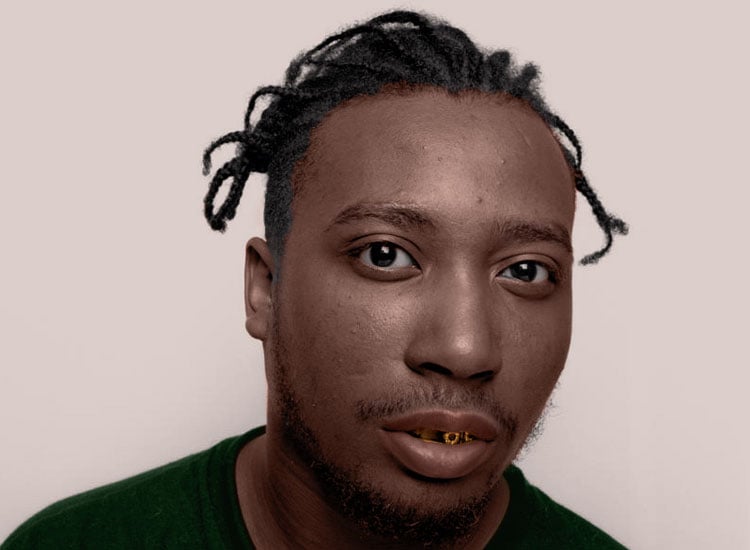 Bow Wow released his first album, Beware of Dog, at only 13, to major commercial success. He struggled to achieve that same amount of acclaim in the years that followed but kept releasing music. The artist also pivoted to kick off a career as an actor and recently appeared as the Frog on the hit show The Masked Singer.

Back when he was still Lil’ Bow Wow, the artist was very into braids, which gave him a tough look despite his young age. He’s now sporting a buzz cut, which highlights his defined facial features. 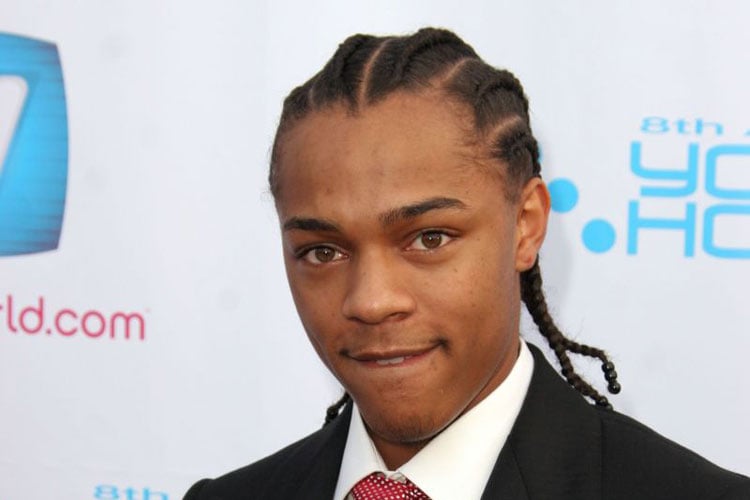