Samurai hairstyles, also known as a chonmage, refer to a distinct Japanese men’s hairstyle that was cultivated hundreds of years ago. Originally crafted as a warrior haircut to hold a Samurai’s helmet firmly in place during battle, Japanese samurai hair soon became a status symbol within the culture.

In the modern era, the samurai hairstyle has been transformed into top knot and man bun styles. If you’re thinking about growing long hair and need a cool look, these warrior hairstyles may be an awesome choice. 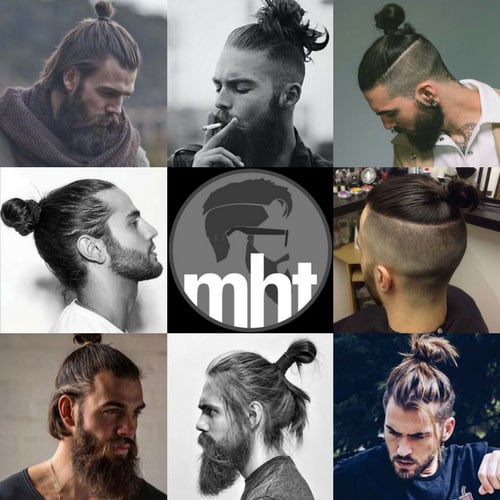 About The Samurai Top Knot and Man Bun

Today’s take on samurai hair is a distinct departure from that of true Japanese warrior hairstyles. Traditionally, samurai hair features long hair being drawn into a ponytail, except the hair on top of the scalp was shaved off. The man ponytail, after being tied up, is folded such that the additional slack rests on top of the shaved head. This piece of thick hair on top is what held the warrior’s helmet centered.

As you might expect, the classic samurai ponytail with shaved sides all around wasn’t fashionable by Western standards, and was modified to fit European and American culture. What emerged were two similar, yet distinctly branded hairstyles. 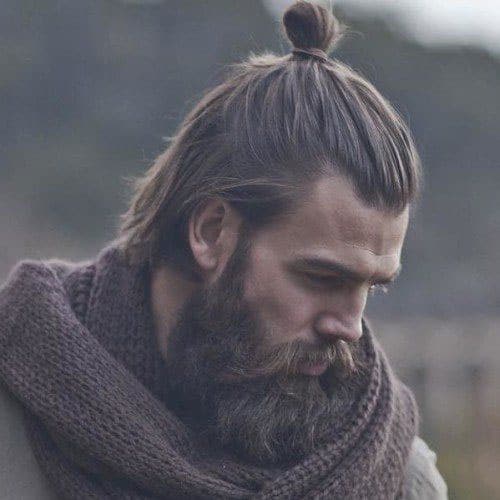 One style became known as the Japanese top knot, also known as the samurai top knot. This hairstyle is essentially a man bun with shaved sides. The other is the standalone man bun with a guy’s long hair pulled back and tied. Both have become staple Japanese male hairstyles.

How To Get Japanese Samurai Hair

The man bun simply requires long hair and a hair tie. To tie a man bun or chonmage, use both hands to gather all of your hair to a single point at the back of the head. Next, tie your bun as desired using a hair tie.

On the other hand, the top knot is a type of undercut hairstyle which requires you to maintain long hair on top with shaved or faded sides. Make sure to leave enough length on top to actually be able to tie a knot.

Furthermore, we highly recommend pairing your samurai hairstyle with a full beard or even light stubble. The beard and full head of hair conveys a sense of manliness, not to mention it just looks downright sexy. And if your beard is lacking, find out how to grow your beard faster and longer with these easy steps. We promise you’ll love the man bun and beard combination.

To decide if the Samurai hairstyle is right for you, check out the best top knot and man bun styles below. 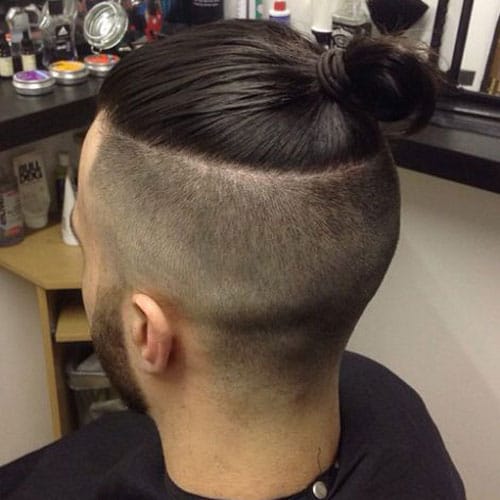 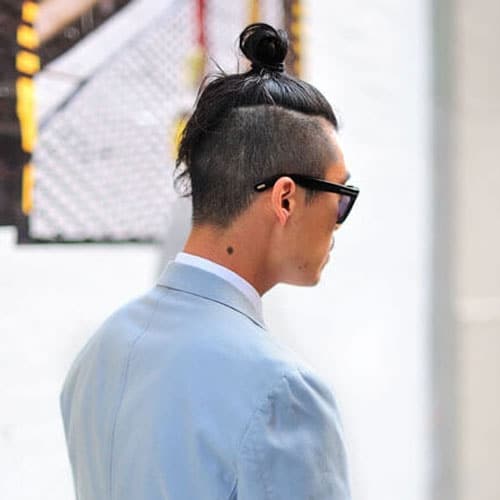 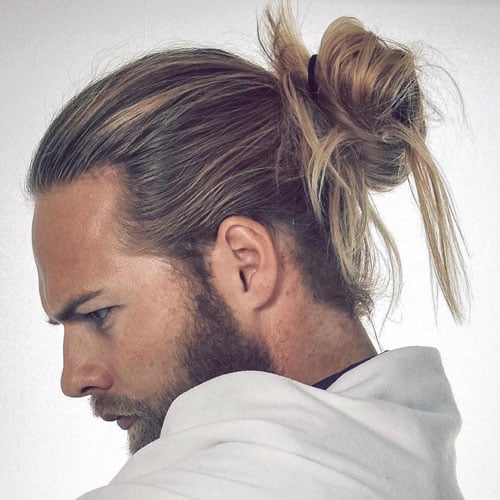 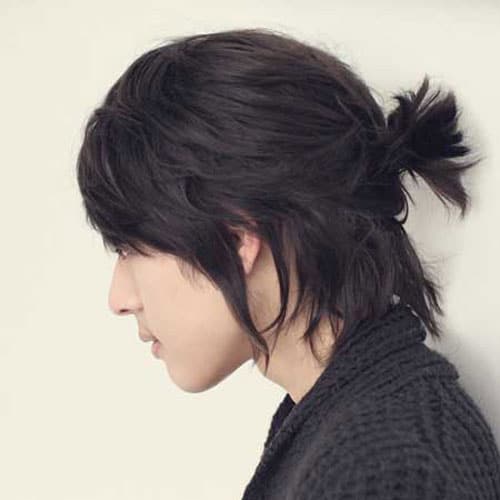 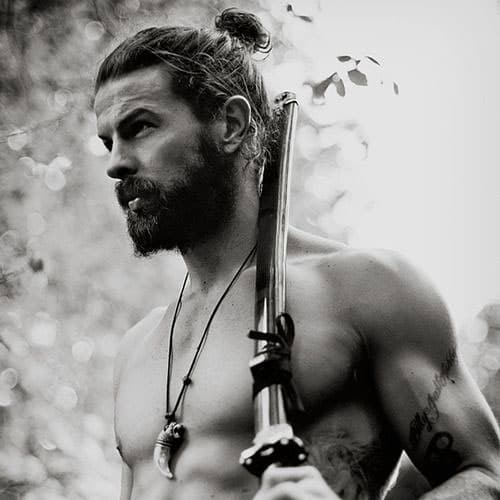 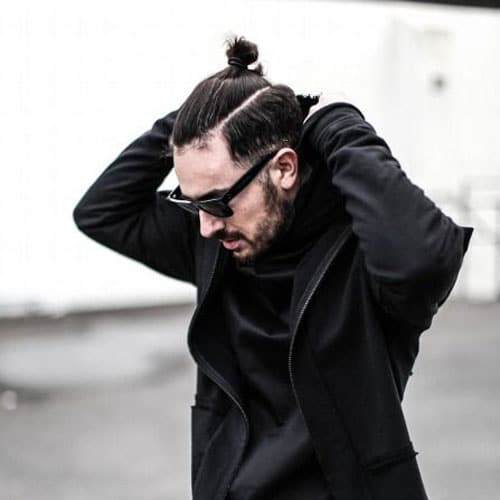 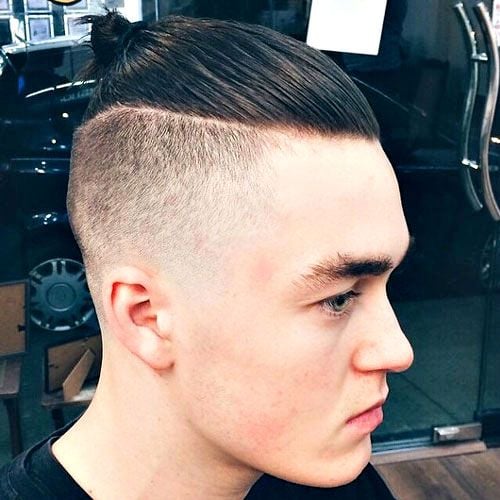 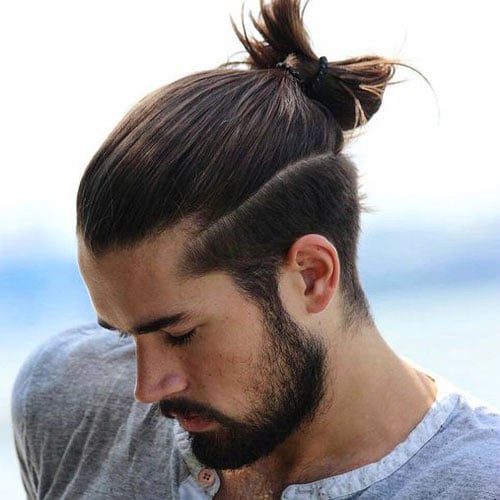 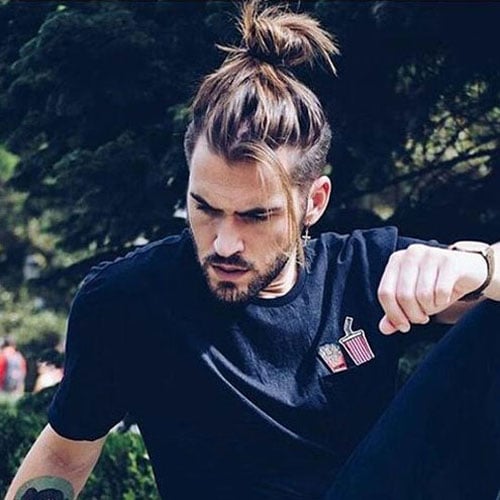 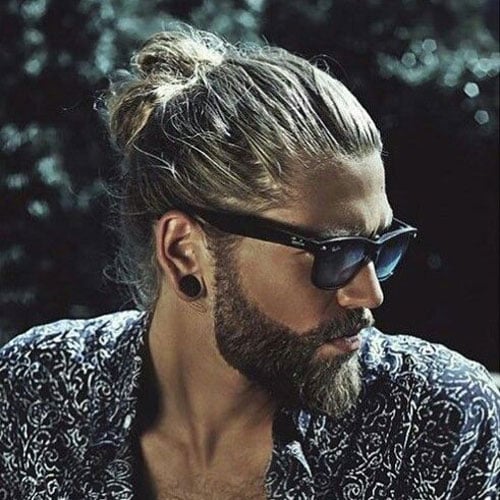 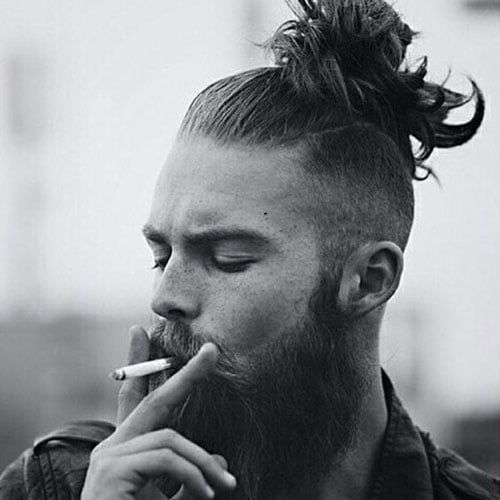 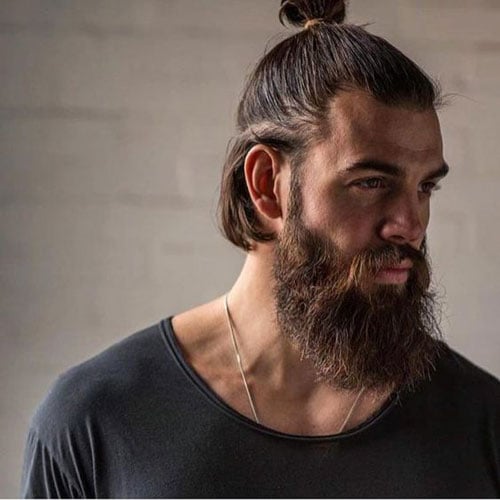 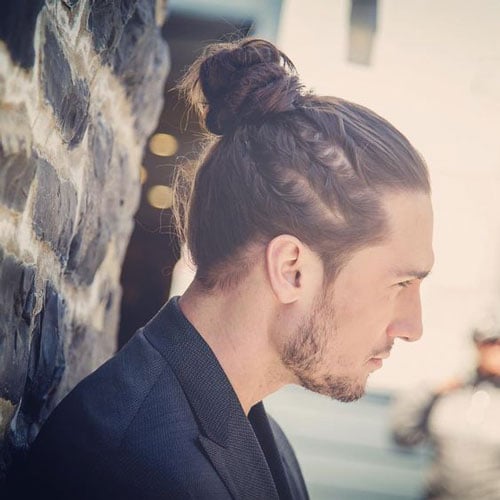 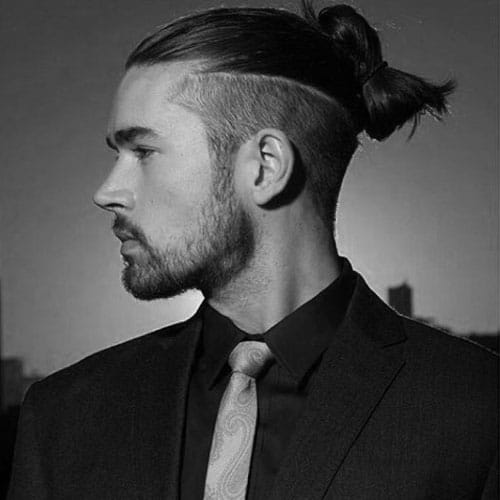 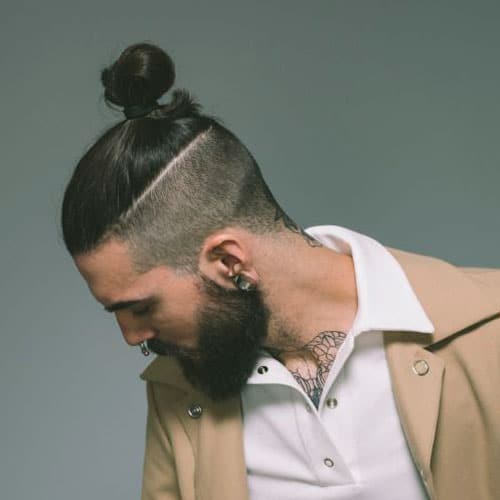 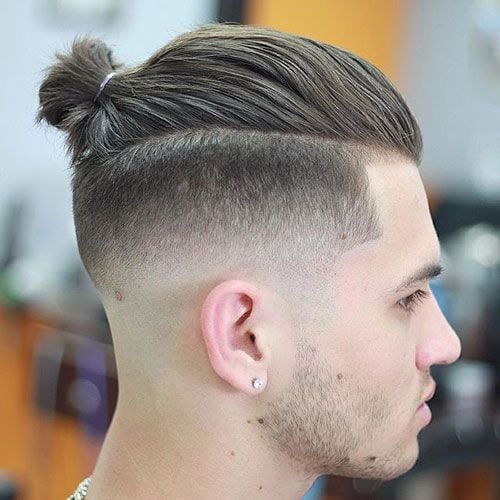 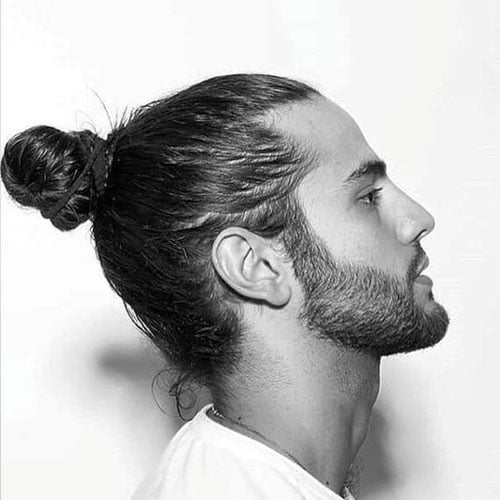